The link between breathing and brain power

One night, I forgot how to breathe.

I was about eight or nine years old, lying in bed.

For some reason I couldn’t sleep and my brain was racing.

Suddenly, I became very aware of my chest going up and down, up and down.

It felt as if I was controlling the breathing deliberately.

…and that if I stopped thinking about it, I’d stop breathing.

Then that would be the end of little Raymond Collins.

“Killed by his lack of breathing skill.”

And as I panicked, the chest breathing became more exaggerated and faster.

It was as if I needed to keep it pumping in order to survive.

Adrenaline flowed through me as I wondered whether I should cry out to Mum and Dad that I’d forgotten how to breathe.

I just lay there and fretted until, eventually, tiredness took over and I fell asleep.

It’s silly, of course, but I was always a bit of an ‘overthinker’ as a child.

To be honest, I still am as an adult.

The difference is that, now, I do some research and send my thoughts to you in these emails.

And it can have huge mental and physical effects.

Why back pain could be caused by poor breathing

The problem is that most of us don’t inflate our stomachs to breathe.

We tend to breathe through the chest.

So instead of using the diaphragm to pump air in and out of the whole lung, we only draw breath from the upper and middle lobes.

When we do this, it is known as ‘shallow breathing’. It causes muscular stress around our chest, upper back and shoulders.

“We tend to take sips of a breath and hold it when we’re anxious, both of which can have a ripple effect through the system. One bad habit, like shallow breathing, triggers another. Breathing incorrectly can make you more susceptible to lower back pain.”

Poor breathing habits are usually subconscious – they happen without you really noticing or being in control.

To retrain your breathing, you need to carry out regular conscious breathing exercises that will, over time, become unconscious habit.

For instance, you can spend 5 minutes each day doing the following…

Put your hands on your stomach at the belly button area. Now breathe and feel your stomach expand like a balloon.

When you breathe out, push the stomach gently back in with it.

Do this for a few minutes, then try this second version…

Put your hands above your hips and just below your bottom ribs.

Now breathe in and feel your lower ribs expand out. Then breathe out and feel the ribs come back in.

This is known as ‘wide breathing’.

Deep, wide breathing is when you use your diaphragm to pump your lungs with air.

Eventually, this should start to work on an unconscious level too.

Katherine Rosa of the Institute for Mind Body Medicine in Harvard recommends that your normal breathing, when you’re at rest, should inflate your belly, not the chest.

But it’s not just about physical health…

Michael Melnychuk, a researcher at Trinity College Dublin in Ireland, has studied the effects of breathing on our levels of noradrenaline.

This is a chemical released by the brain when we’re emotionally challenged or excited.

For instance, when we’re stressed, the brain produces too much noradrenaline, which causes our minds to lose focus.

When we’re tired and sluggish, we don’t make enough noradrenaline, which has the same result.

However, a bit like Goldilocks and the Three Bears, there is a level of noradrenaline that is ‘just right’.

What Melnychuk found in his experiments was that the way we breathe affects noradrenaline production.

“By controlling the breath, you can influence CO2 levels,” he said, “and this will have the effect of modulating noradrenaline release.”

In the journal Psychophysiology, he concluded that deep breathing “directly affects the chemistry of our brains in a way that can enhance our attention and improve our brain health.”

Other research shows that your emotions affect your breathing.

For instance, when you feel happy, your breathing is deep, slow and regular.

But when you feel anxious, your breathing is irregular, fast, and shallow.

However, this also works the other way…

Breathing can also influence your emotions.

So, for example, if you breathe in a deep, slow and regular way, you can instigate a mood of happiness and calm.

Think of it like forcing yourself into a good mental state through your breathing pattern.

This is why controlled deep breathing is so important in yoga, meditation and other practices that are designed to make you calmer, more centred and happier.

To put yourself in a good mood, here’s another exercise to try each day…

Sit or lie down in a quiet place.

Breathe through your nose so that you fill your lungs. But start by expanding your belly first, then your chest.

Now exhale in the opposite direction – from top to bottom – until your stomach muscles force out the last bits of air.

Take a moment’s pause, then do it again.

Closely focus on your breathing each time, counting up as you inhale… 1, 2, 3…

An article in the journal Breathe claimed that doing between 6-10 of these deep breaths in a minute can have strong effects on your mood.

Give it a go and see what happens.

But don’t despair if you don’t get it right first time – it does take some practice!

Don’t forget you get FREE postage and packing on all orders over £15 in the UK. 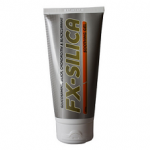 
Enter your email address to join The Good Life Letter now. We hate spam as much as you and promise never to pass on your details to anyone else. 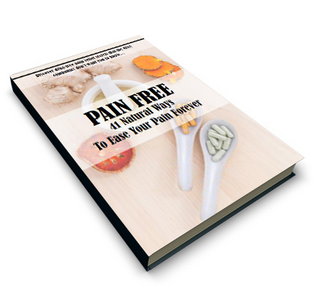 The Most Popular Collections